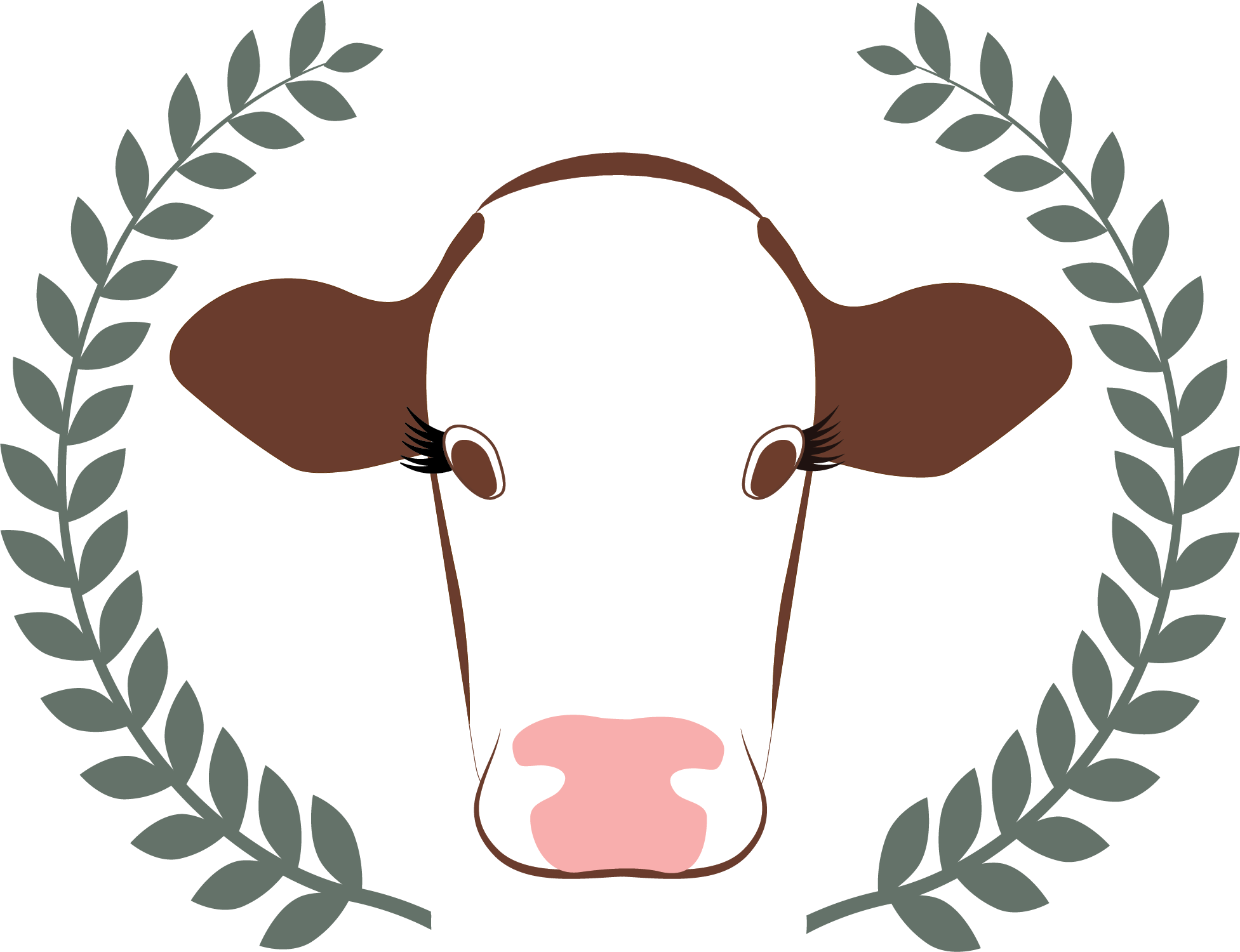 Ellie Mae Farm Sanctuary will never publish the names of donors in physical or web listings unless permission is explicitly given by the donor. In that circumstance, preferred recognition name will be solicited. Possible reasons for publication include annual report listings, donor walls, or event publications.

Ellie Mae Farm Sanctuary values the security and privacy of its donors. Credit card information is not retained in hard or electronic copy. Any physical record with sensitive data are shredded within 24 hours of processing.  Ellie Mae Farm Sanctuary, through its third-party payment services, uses industry standard security measures and encryption technology.

Ellie Mae Farm Sanctuary will operate a zero tolerance policy for discrimination or harassment in the workplace by investigating any complaint made by or about an employee. Any employee found to have harassed or discriminated against another will face corrective and disciplinary action, up to and including dismissal from employment.

All allegations of discrimination or harassment will be taken seriously, promptly investigated, and there will be no retaliation for making such allegations. Any attempt of retaliation for making such allegations in good faith may constitute grounds for dismissal. Complaints will be confidential and records will be kept in a confidential file, not in the complainant’s personnel file. Limited disclosure may be required in order to conduct an investigation, or in the case of imminent danger to the employee.

Ellie Mae Farm Sanctuary recognizes that sexual harassment can occur between people of the same sex or gender, including those who don’t identify with a specific gender. During business travel, no employee will be required to share a bedroom with a person of a different sex or gender, or any other person that would result in their feeling vulnerable or unsafe. The employee must inform their supervisor if they’re uncomfortable rooming with a particular sex, gender, or person.

Discrimination is the differential treatment of an employee on the basis of race, color, religion, sex (including pregnancy), national origin, age, disability, genetic information, gender presentation, or any other factor that is legislatively protected in the country in which you work (“Protected Classes”). Per federal law, discrimination is illegal in work-related decisions including hiring, firing, pay, job assignments, promotions, layoff, training, fringe benefits, and any other term or condition of employment.

Harassment is unwelcome conduct including physical, verbal, and nonverbal behaviors, and results in a hostile environment. Per federal law, harassment is illegal when unwelcome conduct is related to any of the Protected Classes and when enduring the conduct becomes a condition of continued employment, or the conduct is so severe or pervasive that a reasonable person would consider the working environment intimidating, hostile, or abusive.

Ellie Mae Farm Sanctuary recognizes that existing federal and state nondiscrimination laws cannot cover all types of behavior or groups of people. Ellie Mae Farm Sanctuary therefore further defines discrimination as differential treatment of any person with regard to work-related decisions based on any characteristics outside of professional qualifications, and harassment as unwelcome conduct against any person where they feel threatened, publicly humiliated, or intimidated.

Examples of harassment include, but are not limited to:

Employees are encouraged to keep a written record of the date, time, details of the incident(s), and witnesses, if any. Where employees are comfortable doing so, they can attempt to resolve their concerns by directly communicating disapproval to the person whose conduct is offensive.

If an employee doesn’t feel comfortable approaching the alleged harasser to ask them to stop their behavior, or if the alleged harasser continues the behavior after being asked to stop, the employee should approach a designated staff member responsible for receiving discrimination and harassment complaints. When the Designated Person receives a complaint, they will:

Ensure that the above is completed within 5 days of initial discussion of the complaint.

If the employee decides to resolve the matter informally, the Designated Person will:

Ensure that the above is completed within 10 days of receiving the complaint. In the case where the Designated Person has difficulty completing these items within 7 days, they may work with another Designated Person to complete their duties.

Follow up 2 weeks after the discussion to ensure that the behavior has stopped.

Note: The steps below are written assuming the committee is carrying out the investigation.

An investigation will be carried out:

Note: Complaints must be made in good faith; in the case where an employee makes multiple complaints against the same alleged harasser, and the Designated Person(s) believes the complaints may be a form of harassment, the complainant may face disciplinary action.

Any employee who becomes aware of discrimination or harassment in the workplace, even if they are not directly involved, is expected to report the incident to a Designated Person. The Designated Person will document the incident and consult with the alleged victim to determine if the victim would like to file a complaint.

Ellie Mae Farm Sanctuary recognizes that an employee can be subject to harassment from a non-employee who supports or conducts business with the organization, such as a donor, overnight host, contractor, consultant, or volunteer (“third party”). An employee who believes that they have been harassed by a third party is encouraged to file a complaint with a Designated Person. The Designated Person will document the complaint and take whatever action is appropriate in the circumstances. For example, if a fundraiser files a complaint about a donor, the Designated Person may, with the permission of the employee, recommend to their supervisor that the employee no longer be required to work with that donor.

Ellie Mae Farm Sanctuary recognizes that a non-employee can be subject to harassment from Sanctuary employees, such as a volunteer being harassed by an employee at a work-related conference. If a non-employee believes that they have been harassed by an employee and reports the conduct to an employee, contractor, or board member, the third party will be referred to a Designated Person. The Designated Person will follow the procedure for informal and formal complaints above.

Blackberry came to us in November of 2019. Her original owner was retiring from farming and was looking for a forever home for Blackberry since he did not want to see her go to slaughter. We were more than happy to provide Blackberry a safe and loving home to live out the rest of her natural life. Blackberry is 8 years old and has had many calves who were taken away from her. We attempted to get the farmer to also surrender Blackberry’s daughter and granddaughter to us but were not successful. Blackberry’s favorite food is sweet feed and she loves to sunbathe.
Previous
Next

Zee is Ellie Mae’s first and only calf. She was born on September 16, 2018 (the day before Mackenzie’s birthday), while Mackenzie was interning at a farm sanctuary. Mackenzie’s friends at the sanctuary gave her the nickname “Zee” so it felt like a fitting name for Ellie’s new baby after the experience she had there.

Baby Zee is the most outgoing and curious little girl. She has the biggest heart and is extremely playful. She is a picky eater and loves to cuddle with her best friend Billy.

Ellie Mae was originally born at the University of Connecticut in 2016 as H864D. Mackenzie met her when she was 3 months old when she had to “train” Ellie for her Animal Science course. At the end of the class assignment Ellie Mae was sent to auction. Mackenzie knew she had to do something to save Ellie, so she attempted to win Ellie during the auction, but unfortunately was outbid by a farmer. For the next three years, Billy and Mackenzie would visit Ellie every weekend and eventually the farmer agreed to let them have Ellie Mae. On May 31, 2019 she came home to live at the sanctuary. Ellie’s favorite food is apples and she loves back rubs.

Rich is an accomplished Lawyer and is Sr. Vice President, Claims and Chief Counsel at HCC Global. He received his B.A. from Boston College and J.D. from Villanova Law School. He has always had a strong love for all animals and has two companion dogs, Maggie and Ruby. Rich has been a board member from day one and his experience is extremely valued. He also happens to be married to Mackenzie’s beautiful mother!

Elise has experience in animal rights activism and educating others on the importance of compassion toward animals. She received a B.S. in Allied Health Sciences with a minor in Psychology from the University of Connecticut. She has participated in multiple forms of activism, including peaceful protest, fundraising, and volunteering at rescue organizations. Her professional career is in graphic design and production management, and is knowledgeable in design and marketing. Elise’s best friend is her handsome cat, Mowgli. She has been involved with the sanctuary since the very start.

Billy has always loved animals and grew up surrounded by farm animals on his Mommom’s farm in PA. He is currently a student at Central Connecticut State University, working to obtain his bachelor’s in Management Information Systems. Billy has been involved in the administrative functions and managing the IT needs of the organization since its inception. He is knowledgeable in financial planning, programming, and fundraising. He has experience volunteering with local nonprofits as well as previous work with an emergency response team. He enjoys cooking delicious vegan food and is best friends with Zee.

Mackenzie has been an animal lover her entire life. She was surrounded with companion animals of all shapes and sizes at a young age and fell in love with farmed animals. She graduated from the University of Connecticut in 2018 where she studied Animal Science and Psychology. It was here where she met Ellie Mae, the beautiful cow who would change her entire life. Shortly after graduating she began working to develop Ellie Mae Farm Sanctuary. Mackenzie currently works as a Veterinary Assistant. She spends most of her time with her furry friends eating delicious vegan food and drinking iced coffee.